The Interview is iTunes best selling movie ever

Home » News » The Interview is iTunes best selling movie ever

The controversial film called “The Interview” dominated iTunes charts after finally being released online instead of in theaters as originally planned in December 2014. It quickly became the best selling movie ever on iTunes. The film, starring Seth Rogen and James Franco, drew in a huge online audience after a series of events led to what amounted to the nationwide cancellation of its theatrical release. It became the first major film to be released directly on the internet in the United States and Canada. The story behind the movie that turned out to be an iTunes cash cow is a little complicated. In fact, it almost sounds like something Rogen himself might have written for the big screen.

The trouble started a few weeks before the movie’s planned release date. The trouble was not actually with the film, but with North Korean hackers. Sony had planned to release the film in late December, but a group of hackers called “Guardians of Peace” caused a number of security fears. The group leaked personal correspondence, passwords, and other sensitive documents from the Sony website during the beginning of December, and made various threats in an attempt to keep the movie from being released. The irreverent comedy likely offended the leaders in that country, since the movie’s basic plot includes an attempt to assassinate its heavy-handed dictator, Kim Jong Un. The FBI now believes the group responsible were being directed by the government of North Korea

After the hack, Sony initially decided to cancel release of the film completely. This decision drew ire from many, and the company’s actions even received disapproving remarks from President Barack Obama in a nationally-televised speech addressing the nation after the hack. In response to the criticism, Sony reversed its decision, opting to to go ahead with the film’s release. Theaters didn’t react to this news the way Sony had hoped, and most theaters had lost all interest in showing the movie. Sony took its time deciding what to do after most theaters declined to show “The Interview” upon its release. Sony’s main reason for its online release was that many theater owners decided they did not want to show this film at all due to security concerns related to the Sony cyber attack. A handful of small theaters across the country did show it on its scheduled release date, but it was not released nationwide as had been planned. Instead of accepting a much smaller audience than anticipated while filming – or not showing the film at all as some feared – the movie was released online.

Apple was originally offered an exclusive deal to carry “The Interview” on Christmas Day of 2014, but the company declined due to scheduling conflicts. Instead, it released the film on the following Sunday. Though several other platforms had already begun showing the movie, iTunes sales of the film skyrocketed as soon as the site began offering it for rent and for sale. Apple’s decision to wait may have helped its competitors’ sales greatly in the days before the iTunes launch of the film. People were anxious to see this film. Many were only interested because of the hype surrounding it.

Not being released on iTunes didn’t keep people from seeing it on its launch date. They flocked to other sites that chose to release the film, including YouTube, Google Play, Sony’s subsidiary Crackle, and even on Xbox. Once Apple did begin offering the film for streaming and for purchase, the movie immediately began dominating its charts. 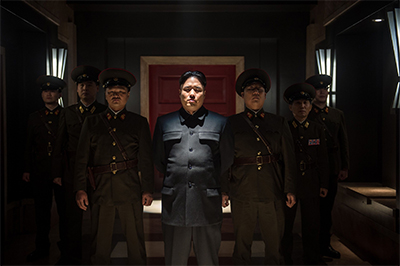 Why Apple waited is not clear. It could be that their process takes longer to get movies ready for streaming, but another explanation is that the company wanted to see what sort of controversy would surround this movie after its release. Maybe Apple was simply playing it safe. The film reached a wider audience than it likely would have otherwise due to all the controversy caused by the Sony hack. The spoof-comedy was elevated in cultural status instantly, and because of all the news stories surrounding it, people sat down in droves to view it from their living rooms. Sony has not released information about exactly how high its digital sales reached, but in the first four days of its online release it brought in $15 million, and in the few theaters that showed the movie as planned, it raked in a smooth million on opening day.

Security fears, and threats of terror-related events, turned out to be unfounded. Nothing happened at any of the theaters that showed the movie other than laughs and the devouring of popcorn. The events did lead to new U.S. Sanctions against North Korea. After its iTunes release, the movie become the top selling movie in the iTunes store, and remained there for weeks. A month later, in late January 2015, it still held the number five spot on their charts.

A film steeped in controversy before audiences even saw it, “The Interview” has not received as much fanfare as it has attention. It is met with mixed reviews for the raunchy, low-brow humor Seth Rogen is known for. Before the Sony hack took place, reviewers were unimpressed with the film about a celebrity tabloid host and his assistant who are asked to document an expose about Kim Jong Un, North Korea’s leader, and are recruited by the CIA to assassinate the dictator.

Apple, along with Sony, has raked in millions of dollar on this film. It is not in spite of, but because of, the actions of North Korea that this film received so much attention. Without that added push, many viewers would have opted out of seeing the movie at all.